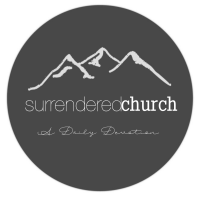 “As He prayed, the appearance of His face was altered…”

This is known as the “Transfiguration,” which is defined as the “transformation into something more beautiful or elevated.” Luke tells us His robe was “white and glistening,” which translated means “flashing like lightning.” Matthew tells us Jesus’ face “shone like the sun, and His clothes became as white as the light.” Jesus was praying to our Heavenly Father, and the glory that was intrinsic to Him was displayed. God the Son is the radiance of God, the Father’s glory (Heb. 1:3).

Jesus’ kingdom glory was being revealed here on earth. It was such an amazing and emotional miracle that the Apostle Peter did not want to leave the top of the Mountain. He tried to build memorials right then and there, and who wouldn’t? Although this must have been a fantastic event, I believe there was a greater miracle displayed. The greater miracle was that Jesus could keep that kind of power veiled!

Why did Jesus keep His power veiled? Because God the Son was on the mission of God the Father. The perfect sacrifice had to be made for the remission of sins. Jesus came to die on the cross for you and me. F.B. Meyer writes, “The door through which Moses and Elijah had come stood open, and by it, our Lord might have returned. But He could never, under those circumstances, have been the Saviour of mankind. He knew this, so He set His face toward Calvary.”

Jesus fulfilled His call, and as Christ-followers asks us to do the same. He veiled His glory, He now has displayed it to those who have accepted Him as Savior. In us, however, the Lord Jesus does not want us to veil His glory. He wants His light to shine through us so that others might see Him and come to know Him!

Many of us “veil” His glory in our lives. We allow the cares, worries, and troubles of life to douse the flames. Like Jesus, pray to the Father and be renewed in your mind by His Word with the help of God the Holy Spirit to guide you. Don’t hide it under a bushel, No! We will let it shine!

“You are the light of the world. A city that is set on a hill cannot be hidden. Nor do they light a lamp and put it under a basket, but on a lampstand, and it gives light to all who are in the house. Let your light so shine before men, that they may see your good works and glorify your Father in heaven.”