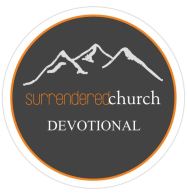 For the Christ-follower, Jesus’ words speak to the conscience and very often cause one to ask, “is it I?” A clear conscience before the Lord is “acutely sensitive to the approach of evil.” It is kept clear through obedience to the Lord and adherence to His holy scriptures. Therefore the heart, or conscience, is kept pure before the Lord.

A clear conscience gives us confidence before God, but it can also condemn us (1 John 3:21). Our conscience can become insensitive and dull. This often happens when our hearts are seared by repeated sin (1 Timothy 4:2). Our consciences then begin to lose their education to judge scripturally, and God’s voice in the soul becomes faint. The question of “Is it I?” becomes something you rarely pay attention to any longer. Conscience then has become conditioned to regard evil as good with no protest.

The book of Judges outlines for us some evil times on earth. It was a time when “everyone did what was right in his own eyes” (Judges 17:6). As we observe our world today, what do we perceive? Can the argument be made that we are again living in the same state as in the book of Judges? Maybe our consciences are seared by sin, and we have lost the ability to become sorrowful and ask Jesus the question, “Is it I?”

“Conscience, as distinct from our other powers of mind, is unique; it feels like a person detached from us, often speaking when we would like it to be silent and saying things that we would rather not hear. We can decide whether to heed conscience, but we cannot decide whether or not it will speak; our experience is that it decides that for itself. Because of its insistence on judging us by the highest standard we know, we call it God’s voice in the soul, and to that extent, so it is.”