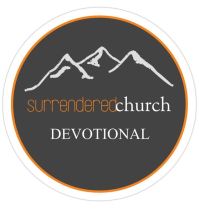 “…I have brought the firstfruits of the land which you, O Lord, have given me.”

How do we confirm that we believe in and trust all the words of the Lord? How do we demonstrate that God’s law is written on the tablets of our hearts? We do this in the same way that Moses and the elders commanded the Nation of Israel to do it, they were to confirm it by observing it. Inward thankfulness had an outward action.

The offering of the firstfruits and tithes was to be given to the Lord in a prescribed way. It was an offering to God for what He first gave to them, the land that they were taking possession of. As the people gave their offerings to the priests, it was placed before the altar of the Lord God. At that point, the priest and the people would pray and remember all the Lord had done for them. How they were brought out of Egypt and were once in bondage and now made free. It became a sacrifice and offering of remembrance.

As Christians, we are instructed to give to the Lord. The Apostle Paul wrote, “So let each one give as he purposes in his heart, not grudgingly or of necessity; for God loves a cheerful giver” (2 Corinthians 9:7). Our offerings should never be done through emotional appeal or personal pressure. It should always be done with a thankful heart and according to our ability (Acts 11:29). We give because Jesus first gave to us. We demonstrate that inward gratitude through the expression of giving back to Him. Just as the Nation of Israel confirmed it by observing it then, we should do the same today.

When giving your offerings to the Lord, take some time to thank Him for what He has given to you first. Use it as a time of remembrance. Remember what He has done for you on the cross by saving your soul, and your offering will undoubtedly be blessed!

“The basis of Christ’s teaching about money is the fundamental conception of stewardship. Not only money but every gift of God is received in trust for His use. Man is not an owner, but a trustee, managing another’s goods and estates, God being the one original and inalienable Owner of all.”