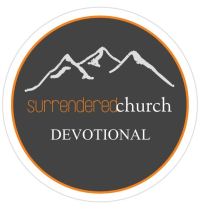 “Who made Me a judge or an arbitrator over you?”

The man that yelled from the crowd to Jesus, asking for his equal share of an inheritance, was a man who felt he was owed something. He looked at what his brother had and desired the same. He thought he should be elevated to the same status. What was Jesus’ answer to this man? “Man, who made Me a judge or an arbitrator over you?” (Luke 12:14). Jesus’ teachings dealt with man’s heart and right standing with God. He taught us to be content with what we have and not to look to the right or to the left, just to Him. If the heart is right, everything else will fall into place as designed by the Lord. Benevolence would then rule.

Political systems focus more on strict economic theory, yet over time in America, they have evolved into religious affiliations. The deceit of Satan subtly crept in and has caused significant division. Think about it! How can a Socialist, Republican, and Democrat all claim to be genuinely united with Christ yet so wholly opposite in social views?

To unite Christianity with any political system is to promote a relationship that should never be combined. Christianity is universal, and Jesus’ blood covers a multitude of sins across all political spectrums. Although there are distinct views in some affiliations that favor the Lord, we must be diligent in ensuring that the political opinion and its leaders do not take the place of our Lord Jesus Christ. If this is done, we simply tie our hopes and views on a finite human being who may misrepresent Christ on occasion. It is this ignorance and prejudice that create hatred, something that Jesus never condoned.

R.A. Torrey wrote, “As to Jesus Christ, it is impossible to identify Him with any social theory or political party. His teachings are of universal application and eternal validity, but they do not deal with the questions of political economy any more than with those of physical science. That He insisted upon justice, and brotherhood, and love, and self-sacrifice is evident, but to suggest that these virtues are the monopoly of any one political or economic party is presumptuous, and to prove that Christ advocated ‘collective ownership of property’ is impossible. The fundamental economic problem relates to the division of wealth; and as to that Christ refused to speak. He rebuked social sins and  injustice and selfishness, but when requested to divide a possession on a certain occasion He asked, ‘Who made Me a judge or a divider over you?’ and that question has wide implications for the present day.”