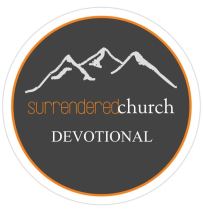 “And when He said these things, all His adversaries were put to shame.”

The Bible instructs us to, “Answer a fool according to his folly, lest he be wise in his own eyes. He who sends a message by the hand of a fool cuts off his own feet and drinks violence” (Proverbs 26:5-6). In the synagogue, the religious leaders were teaching the people incorrectly. The Lord did not want man’s wisdom and traditions taught, that would be sending a message by the hands of fools. The Lord did not institute the six hundred “traditions of men” that became, in their view, more important than God’s law. As this man attempted to teach incorrectly, Jesus pointed out his foolishness.

A hypocrite was the name the Messiah gave to this man. The Lord did not call him this out of malice but out of truth. It was not name-calling, it was character exposing. The ruler of the synagogue was a man who acted in a way that went against what he knew to be the truth. He did so out of religious tradition. He was offended that Jesus took care of a person’s need on the Sabbath yet not offended when he took his animals a drink of water later that same day. This is like a person who tells you it is wrong to litter, and then throws trash on the floor when nobody is looking. This was the heart that Jesus was correcting.

The Bible tells us that God has put eternity in every person’s heart (Ecclesiastes 3:11). When seen in an honest and transparent view, truth is openly laid out before us. We do not need to go far to see it. As Jesus humbled Himself and was subject to His parents, He did not need to sit under the likes of Ciaphus in-order to practice a humble and quiet heart. He subjected Himself to His parents at home and cared for His siblings. In this school is where He learned what it was to serve in truth. This was pure religion, not man-made tradition.

Our hearts know what the truth is, but our tainted religion and culture can often keep us from it. It is folly to me if I do not “lift up the gates of my soul that He may come in and show me Himself when I search the Scriptures.” May we take a look around us today and truly see Jesus working through the everyday simplicities of life. As we observe and practice service to others, we will see the true purity of religion.

“I thank thee for the holy Scriptures, their precepts, promises, directions, light. In them may I learn more of Christ, be enabled to retain his truth, and have grace to follow it.”