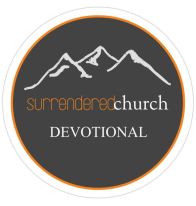 “…the children of Israel did not remember the Lord their God, who had delivered them…”

Once again, the cries of the people had reached the ear of God. Again, the Lord began to speak. He raised up a prophet who reminded the nation of Israel of their heritage, and who they were to the Lord. Through this prophet, God pointed out their sin. The charge was this, “you have not obeyed My voice.” The covenant God made with His people had been broken by their disobedience.

In the book of Judges, Israel is seen in a consistent cycle of sin and reformation. However, there was no real change of heart towards the Lord God. It has been said, “reformation temporarily changes outward conduct while revival permanently alters inward character.” The Jews did not need reformation, they needed transformation!

God raised up a prophet and then raised up a deliverer for Israel, a farmer named Gideon. Through his exploits, we see the Jews freed from their enemies and united together as one. As a result, the Bible tells us the land was “quiet for forty years in the days of Gideon.” And yet, after all of that took place, we are told the people went right back to the very sin God had brought them out of. There was no true revival.

As-of the date of this writing, the church finds itself experiencing difficulties unlike it has experienced before in our modern-day. Many have taken the stance that the government is attempting to silence the Christian voice. There have also been many theories made, some may even be true. Regardless, God is sovereign and has allowed these circumstances leaving the church with many questions.

Could it be that many have been crying out to God for our nation, and He is answering? Could it be that through today’s state of affairs, the Lord is attempting to transform hearts and minds and bring down the altars we have built in our lives? Israel went right back to their previous activities, will the church do the same? As our world begins reopening, may our desires change from wanting to go back to the way things were to being drawn into the way God wants them to be.

“I know your works, that you have a name that you are alive, but you are dead. Be watchful, and strengthen the things which remain, that are ready to die, for I have not found your works perfect before God. Remember therefore how you have received and heard; hold fast and repent.”